This year’s tournament was organised after a two years absence due to the pandemic. All the participants were honoured by the presence of H.E. the President of Malta Dr George Vella, who made a visit at the Centenary Stadium in Ta’ Qali where he shared his thoughts ahead of this busy day at l-Istrina. Dr Vella eventually symbolically kicked off the second set of matches.

All participants, including those members from the various associations who didn’t participate in the actual tournament, but attended to give their support to the players contributed with a donation in aid of istrina. The total sum which was collected was that of €1,100.

The official results of all the matches were as follows:

The MSJA’s executive committee thanked the MFA for providing the facilities at the Centenary Stadium, the MFRA for providing two referees to control the matches and the MFCA for their participation this year.

Following a general demand a similar tournament will be organised on Easter Saturday of next year, with the participation of teams to be invited by the Malta Sports Journalists Association.

More photos of this event are available on https://www.facebook.com/maltasportsjournalistsassocation 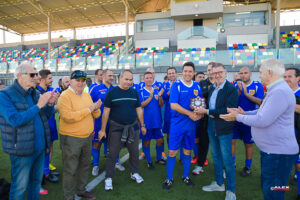 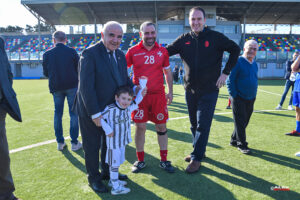 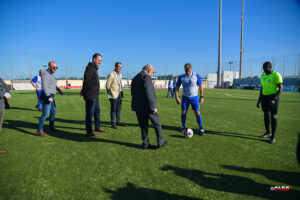 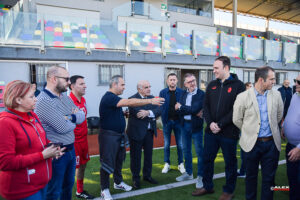 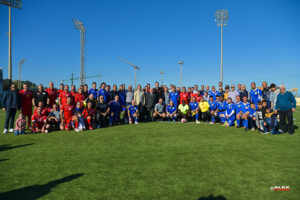 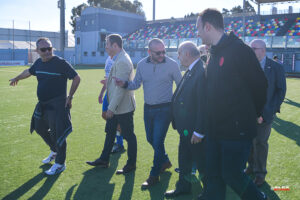