The nomination comes following Sue Abela’s success during the Mediterranean Bowling Championships 2021 which took place between the 10th and 17th of October in Paris, France and is one of the leading international competitions in the Tenpin Bowling circuit. She had promised to promising bowler Kayden Laganà that should she succeed, she will give him the medal to inject in him more enthusiasm for the sport.

Eventually Sue Abela won the medal in question and as promised presented Kayden Laganà with the medal.

“Extremely impressed with Ms Abela’s laudable leadership. Indeed, an inspirational gesture that merits applause and totally deserves to be rewarded with this Fair Play Award.” Edward Licari Director at Together Gaming Solutions.

The presentation of the TGS Malta Fair Play Award was held on Wednesday 2nd February 2022 and hosted by Andrea Critien from the Finance & HR Department, Edward Licari Director and Benjamin Delsinger Managing Director, at Together Gaming Solutions’ office in St. Julian’s.

Nominations for a player or team to receive the first award for this year, can be sent via email on info@maltasportsjournalists.com. 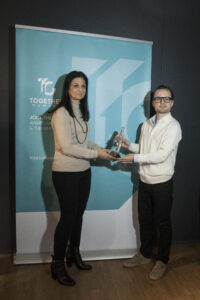 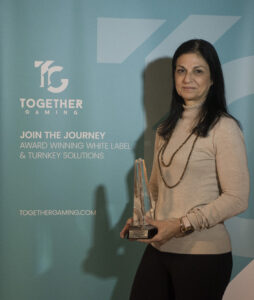