She won this prestigious award after a combined vote by a panel of three sports journalists and a public vote which was held online over the past weeks. Runners up are long jumper Jeremy Zammit and swimmer Sasha Gatt, who were both very close behind. The first and previous edition of this award was won by weightlifter Tenishia Thornton and at that time Haley Bugeja was the overall runner up.

Haley Bugeja joined U.S. Sassuolo at the tender age of 16 and drew international attention with a remarkable debut season, in which she finished as her club’s top scorer and one of the top five scorers in Serie A Femminile. Her performances saw her named among UEFA’s top 10 female football players to watch out for in 2021, being the youngest player on the list.

This year has also been a sensational one for Malta women’s international forward Haley Bugeja who opened her 2021/2022 account at U.S. Sassuolo after finding the net in the first half against Napoli in the Serie A Femminile, after returning from a five-month absence due to an injury. In December, Bugeja was awarded the best player in the Serie A Femminile by L Football, an Italy-based publication specialising in woman’s football.

Bugeja’s most recent personal accolade was being included in the IFFHS Women’s U-20’s Best XI, being the first Maltese player to do so. She joined a list of promising talents in the 3-3-4 formation published by the IFFHS, which is the International Federation of Football History and Statistics.

Bugeja was also part of the Malta women’s national team in the recent Women’s World Cup Qualifiers against Montenegro and Bosnia-Herzegovina. She has continued her excellent form which saw her break the record for the youngest ever female player to score an international hat-trick in the European qualifiers.

The presentation of trophy and sports apparel voucher will take place later due to her club commitments abroad.

The aim of this award is to promote and recognize the achievements both in terms of sporting results in Malta and in the international scenario, as well as adherence to the sporting values. The terms for 2022 will remain unchanged where athletes up to the age of 21 who would have distinguished themselves in their respective sports discipline will be shortlisted for the monthly award by a panel of sports journalists. Each winner will again receive the prestigious trophy together with a sports apparel voucher of their choice, courtesy of Atlas Insurance.

Those athletes, officials and coaches who would like to submit a nomination are invited to send in their motivation by email on info@maltasportsjournalists.com. 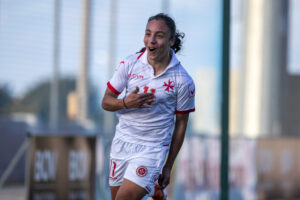 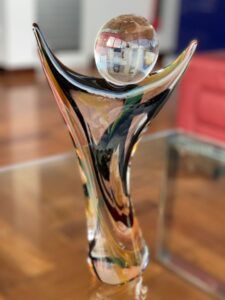