Winners get financial grant through U*Bet

Winners get financial grant through U*Bet 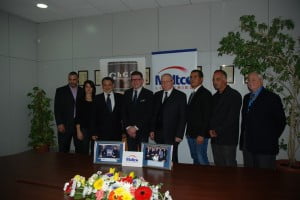 Through U*Bet the five winners in the five major awards of the 53rd Edition for the first time ever were given financial support which will definitely help them in their immediate future sport commitments.

During the presentation essay writer Billy Corito was presented with the runner-up silver medal for the Sportsman of the Year category as he was not present during the Awards Night due to his last boxing bout.