The Malta Sports Journalists Association and Atlas Insurance will officially launch the public voting for the Atlas Youth Athlete of the Year Award 2022 between the 13th–25th January.

The young athletes that have claimed the monthly award during 2022 are now eligible to compete for the prestigious yearly award with a combined vote by the panel of journalists and the public.

The journalists’ vote will carry 60% of the total outcome whilst the popular public vote will carry the other 40% of the vote that has been launched on the official Facebook page of Atlas Insurance: www.facebook.com/atlasmalta/

The eligible athletes for the Atlas Youth Athlete of the Year Award 2022 are: 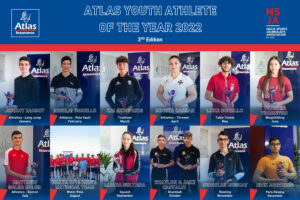 “Atlas is honoured and proud to have played a key role in recognising the achievements of young emerging athletes over the past three years, through these awards. As a firm, we strongly believe in the sporting values of commitment, passion and respect – which are in line with our own values.

Through our partnership with the Malta Sports Journalists Association, we believe that we are doing our part in encouraging young people in Malta to be active through sports, for their own benefit and that of the community they live in. On behalf of all at Atlas, we wish all of this year’s monthly winners the best of luck for the much-awaited Atlas Youth Athlete of the Year Award 2022,” said Robert Micallef, Chief Commercial Officer of Atlas Insurance.

The winner of the 2022 Award will be announced in February, followed by the official presentation of the prestigious trophy of the Atlas Youth Athlete of the Year.