For the first time in his career, athletics leading pole-vault figure for 2022, Swedish ARMAND DUPLANTIS – was chosen as the European Sportsman of the Year by journalists from 43 AIPS Europe national associations.

ALEXIA PUTELLAS , the Spanish football player , for the second time in her career was chosen as the 2022 European Sportswoman of the Year. This was the second consecutive time for Putellas on winning the title from AIPS Europe.

It was the 40th annual poll conducted by AIPS – EUROPE through the world wide poll held by AIPS. As the biggest continental section of AIPS established in 1977 at the AIPS Congress in Milano Marittima and since 2003, the annual poll was named the Frank Taylor Trophy in honor of the former president of both AIPS and UEPS. Eventually the European Sportswoman award was named for former leading UEPS official Evgen Bergant. 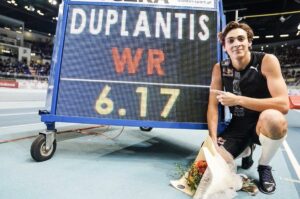 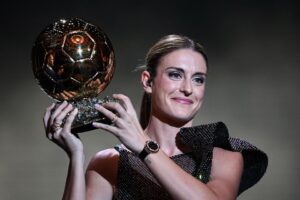 EUROPEAN SPORTSMEN and SPORTSWOMEN of the YEAR