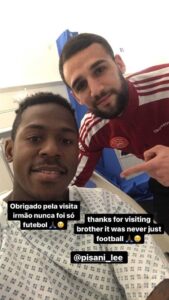 The Malta Fair Play Movement has announced the fifth TGS Malta Fair Play Award, after the Malta Sports Journalists Association and Together Gaming Solutions renewed their collaboration on this joint initiative. This award is aimed at sporting individuals or teams who would have distinguished themselves with an altruistic gesture of fair play during official and/or non-official competitions.

The first award for this year 2022, covering the January–March period, was given to Lee Pisani, who plays for Fgura United FC. On Sunday 20th February, in a BOV Challenge League Group B match against Mgarr United, Pisani was involved with Mgarr’s Samuel Saldanha during a struggle for ball possession. Pisani fell on the Brazilian’s feet and seriously injured him. After this accident, Pisani wrote him a card in Portuguese and contacted Mgarr United’s staff requesting a visit at the hospital to see the player. At the hospital, they took a picture together as a sign of friendship.

“Lee Pisani’s action, on as well as off the pitch, is a display of true friendship and sportsmanship. It’s also an inspirational gesture of fair play that deserves recognition and praise. As such we’re very happy to support the decision to award Lee Pisani with this year’s first fair play award,” said Benjamin Delsinger Managing Director of Together Gaming Solutions.

The presentation of the TGS Malta Fair Play Award was held on Thursday 28th April 2022 and was hosted by Andrea Critien from the Finance & HR Department and Benjamin Delsinger Managing Director of Together Gaming Solutions, at their offices in St. Julian’s. Charles Camenzuli was present on behalf of the Malta Fair Play Movement. The Malta Sports Journalists Association was represented by Administrator Stephen Azzopardi, Executive Member Domenic Aquilina and member Josef Galdes.

Members of the public, teams or officials can notify the Malta Sports Journalists Association and the Malta Fair Play Movement and make them aware of a fair play gesture by contacting them on info@maltasportsjournalists.com, for consideration. 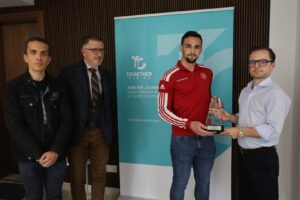 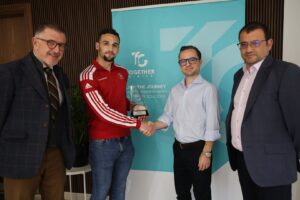 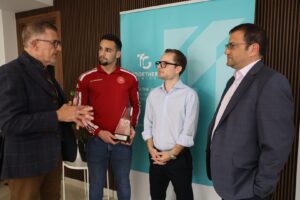