The finalists of this year’s Sport Malta Awards Għażliet Sportivi Nazzjonali were announced. This event is aimed to acknowledge the sporting achievements acquired during the year 2021. A total of 69 journalists who are members of the Malta Sports Journalists Association had to cast their vote for the five finalists in each category.

During a press conference held at the Teddie Borg Hall at SportMalta’s Cottonera Sports Complex, which was transmitted live on social media, the Minister for Education, Sport, Youth, Research and Innovation Clifton Grima congratulated all of those who made it to the semi-finals and wished success to those who are now the finalists of this edition.

The President of the Malta Sports Journalists Association, Sandro Micallef said that he’s satisfied with the members’ participation in the voting process and hopes that the final choice really reflects the achievements acquired by the athletes, coaches, teams and officials throughout the year 2021. Micallef added that the international guests for the awards ceremony are Iannis Daras, AIPS Vice President and Erodotos Militiadous President of the Cyprus Sports Journalists Association. 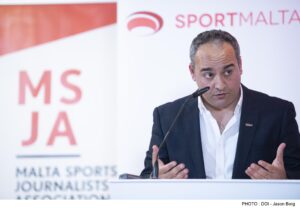 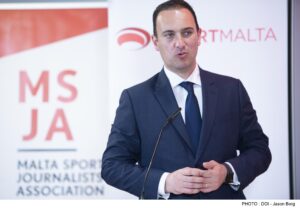 The finalists of the 62nd edition are:

Youth Athlete of the Year Men

Youth Athlete of the Year Women

SportMalta Awards will also acknowledge the best two athletes of Special Olympics Malta and the Best Initiative for the Organization of an International Event in Malta.

The General Secretary of the Malta Sports Journalists Association, Lorraine Cunningham appealed to all finalists, coaches and their family members not to try and influence journalists in their final voting. Such individuals will be disqualified immediately from voting. 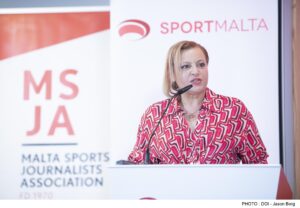