Haley Bugeja wins the Atlas Youth Athlete of the Month Award for Decembe
Haley Bugeja has been awarded the Atlas Youth Athlete of the Month Award for the month of December.
U.S. Sassuolo women’s international forward Haley Bugeja, aged 17, opened her Serie A Femminile 2021/2022 account after finding the net in the first half against Napoli. This was her 13th goal for U.S. Sassuolo since joining the club last season. Last season, Bugeja’s first Serie A goals were against Napoli as well, when she scored a brace in U.S. Sassuolo’s 3-1 win on her professional debut. In December, Haley Bugeja made it into the International Federation of Football History and Statistics (IFFHS) Women’s Youth Under-20 World Team 2021, becoming the first Maltese player to do so.
Due to her ongoing club commitments, Bugeja will not be returning to Malta for the time being. Therefore, the official presentation of the Atlas Youth of the Month trophy and the sports apparel voucher that goes along with this award will be held at a later date.
All the other 2021 winners are: Kayden Lagana (Tenpin Bowling) – January, Francesca Curmi (Tennis) – February, Mya Azzopardi (Swimming) – March, Jeremy Zammit (Long Jump) – April, Malta U-15 Water Polo National Team – May, Sasha Gatt (Swimming) – June, Jeremy Zammit (Long Jump) – July, U17 Women’s Water Polo National Team – August, Zea Montfort (Artistic Swimming) – September, Lijana Sultana (Squash) – October, Matti Satariano (Darts) – November.
This award is a joint initiative of the Malta Sports Journalists Association and Atlas Insurance. The adjudicating panel of this award takes note of all the youths’ achievements of the month under review and at the same time it invites local sport associations and federations to send in their nominations for consideration if they feel that any of their under-21 athletes have distinguished themselves during that month.
Nominations for this award may be sent via email to info@maltasportsjournalists.com. The rules and regulations of the award can be viewed on the website www.maltasportsjournalists.com.
Meanwhile, the Malta Sports Journalists Association and Atlas Insurance will issue an official communication in the coming days explaining the method how the overall Atlas Youth Athlete of the Year 2021 will be awarded, including a call to the general public to vote for their preferred athlete. 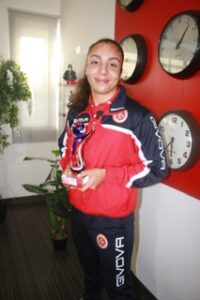