Profiles of all finalists of Sport Malta Awards published

Profiles of all finalists of Sport Malta Awards published 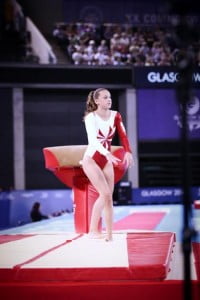 The below are the profiles of each and every Athlete / Official who made it for the final stage of the Sport Malta Awards Għażliet Sportivi Nazzjonali which will be held on 13th February 2016.

Obtained ninth place in the European Championships in Lithuania. Took part in several other competitions, among them an international event for clubs in which he placed 18th from 69 participants. Formed part of the national team that finished third in the Small Nations tournament in Monaco and fourth in the Mediterranean Championship. Set a new national record in the 77kg category.

Was runner-up in the International Malta Open in the 66kg category. In the final, he was defeated by Craig Pilling of Wales. It was a positive year for Vella who obtained other good results in local competitions, dominating his category. Was also selected as the wrestler of the year by the association.

Passed through a very positive year. His best successes were the two silver medals he won at the Games for European Small Nations in Iceland, where he finished runner up in the 100 and 50 metres freestyle. He also won a bronze medal in the 100 butterfly in Iceland. In June and August, he established two new national records in the 50 and 100m freestyle.

Once again, it was another stellar year for this Neptunes, Ortigia (Italy) and national team player. His best was evident with the national team as he was influential with his performances and goals in helping the side earn a historic qualification for the European finals. He was also in the national team that finished fourth in the Comen Cup in September.

Managed to win the national championship for seniors (Over 50 years) at the first time of asking. He was also successful in the European Championships in Bologna, Italy, in which over 1,000 players took part. There he won two silver medals – in the individual championship and in the All events. Was also successful in the Mediterranean Championships where he won the gold medal in the teams category, the silver in the Masters event as well as a bronze medal in the doubles.

Moore was once again a protagonist for Malta and the athletics squad at the Iceland Games for European Small Nations in Reykjavik. There he won the gold medal in the 200m in a good time of 21.54 seconds. He also won the 100m gold medal. Apart from that he also registered other successes which led the MAAA to select him as the male athlete of the year. 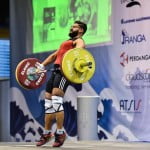 She won two gold medals at the Mediterranean Championships in Crete – the All events and the team competition. Finished runner up in the singles and doubles in the Qubica Promotion Cup in France. Obtained an overall 10th place in the European Championship. Also continued to dominate the local scene, winning the national title for the 19th time and for the 11th time in succession.

She is the champion of the European Triathlon Age Group. She performed well and obtained positive results in the European Games in Baku, Azerbaijan, and other competitions in Spain and the XTerra world championship final. Was ninth overall in the Elite category at the Duathlon European Championship in the Netherlands. She is also the national Triathlon and Aquathlon champion.

Veteran athlete Camilleri won the Long Jump silver medal at the Iceland Games for European Small Nations. She had started the year 2015 establishing a new national Long Jump record in Padova, Italy. She also bettered her own indoor national record with a leap of 6.01 metres. Also did well in the Baku European Games where she finished second. That result meant that Camilleri went into the list of Top 50 athletes in the Long Jump in Europe.

Still a young competitor, she continued to show her potential with some impressive performances. Won the silver medal in the Uneven Bars in the Iceland Small Nations Games. There, she also finished a good fourth in the Vault event. At the individual championships (vault qualifying) last August she finished 26th. Peppijna also took part in the world championships in Glasgow, Scotland.

Wingfield distinguished herself last year with several good results and good times. She won two gold medals – 100 and 200 metres – at the Games for European Small Nations. She became the first Maltese athlete to win gold in the 100 metres. Established a new national record in the same event at the Baku European Games. Also finished ninth in the European Under 23 championships in Tallinn, Estonia. 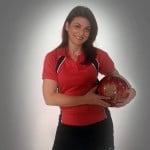 For the first time in the history of local gymnastics, the women’s national team comprising Claire Azzopardi, Suzanne Buttigieg, Sana Grillo, Peppijna Dalli and Kirsty Caruana, won the silver medal at the Games for European Small States in Iceland. In artistic gymnastics, the Maltese team obtained a total of 137.55 points, thus finishing second ahead of Luxembourg.

This Malta team finished as finalists in the Teams European Championship in which 24 teams took part. To reach the final, they beat Wales 4-3, England 4-1, and Wales again (in the semifinal) 4-2. However, they lost the final against Ireland 5-3.

The bowlers won the gold medal for the team event at the Mediterranean Championships in Greece. It was also a double success as the Malta team also set a new Games record. The team was composed of Sue Abela, Mauro Anastasi, Tiziana Carannante and Mark Spiteri.

2015 was a successful year for the national team. Advanced to the second round of the qualifications for the European Championship after losing to France (4-21) and Netherlands (11-19) and beating Latvia 36-1. In the second round, Malta beat Poland 13-8 and Switzerland 20-8, but despite losing 3-24 to Germany, Karl Izzo’s boys obtained a historic first ever qualification to the finals of the European Championship.

The Under 17 team qualified for the inaugural European Games held in Baku, Azerbaijan, after winning three of its four qualifying group matches. Malta beat Latvia 51-0, Switzerland 20-4 and the UK team 7-6. They lost to Germany 6-22. In the Baku Games, the Maltese boys were beaten 22-4 by Spain, 15-8 by Slovakia and 18-3 by Serbia. Then they lost again to Azerbaijan 8-7 and to Ukraine 13-8.

Youth of the Year

Represented the country in one event, but won a gold and two silver medals. He formed part of a team of four athletes who took part in the Juniors championship in Norwich, England, where he helped the team win the gold medal in such a prestigious competition. In the same event, but in the individual competition, the 15-year-old Attard broke a personal record and won a silver medal from among 31 participants. He also won the silver medal in the All events. Locally, he is the runner-up of the national championship while also finishing third in the Bronze Cup.

One of the most promising athletes of the local association. After his positive performances and successes the past year, he was selected as the athlete of the year of the intermediate category. He won a silver medal at the FISEC Games in the 1,500 metres.

Formed part of the Malta national team which, for the first time in the history of Maltese basketball, won a gold medal in the FIBA Championship in the Under 16 category. Cassar has a depth of talent – in fact he has attracted the attention of some European clubs. Last year, he started playing for Stella Azzurra Roma in Italy.

Was ranked 20th worldwide in the youth category. He ended up 4th in the Commonwealth Games for Youths in Samoa, 4th in the European Union championship for youths and first in a competition in Italy – ZKC International Club Youth. Mifsud set no fewer than 28 records last year in the youths and juniors categories.

Skippered the national juniors team which for the first time ever qualified for a major competition in that category – the Baku European Games. Plumpton was selected by the Maltese Olympic Committee to be the Malta flagbearer for those Games.

Young sportswoman of the Year

Still a young competitor, she continued to show her potential with some impressive performances. Won the silver medal in the Uneven Bars in the Iceland Small Nations Games. There, she also finished a good fourth in the Vault event. At the individual championships (vault qualifying) last August she finished 26th. Peppijna also took part in the world championships in Glasgow, Scotland.

One of Malta’s most promising swimmers. Won a gold medal at the FISEC Games in the 100m breaststroke in a new record time of 1.14,55. At the same event she won a silver medal in the 50m breaststroke as well as in the 200m, establishing a new national record in the 50 metres with a time of 34.43 secs.

Took part in several competitions and obtained good results, so much so, that she was selected as the athlete of the year by the local Triathlon federation. She also took part in the junior European championships in Hungary where she finished in 28th place.

The Amateur Swimming Association – he is its president – passed through one of its most successful years, if not the best ever, registering successes in both waterpolo and swimming. The waterpolo teams – seniors and juniors – qualified for the European Championship finals in Serbia, and the European Games in Baku, respectively. The success in swimming was mainly obtained during the Games for the European Small States in Iceland as well as in the synchronized sector.

Secretary general of the Assocjazzjoni Sport Muturi u Karozzi (ASMK). He was responsible for the administrative sector as well as public relations. He organised several events and proved to be influential in the relations with international bodies.

The local federation’s national coach. Under his charge, the federation continued with its participation in some foreign tournaments in various categories. Under his guidance, local wrestlers obtained several positive results.

Coach of the national teams, leading the seniors to a historic first ever qualification for the European Championship finals in Serbia and the Under 17 team to qualify for the inaugural European Games in Baku, Azerbaijan.

He formed part of the technical team at the Malta Football Association, where he is the national Under 21 team coach. In September he obtained a Masters Diploma in coaching after attending a course at Coverciano in Italy.

He is the national coach of the association. Last year was one of the most positive for the association where some very good results were achieved by the bowlers under his charge, especially in the Mediterranean Cup in Greece. There, the Maltese team won two gold medals. But there was also more success in the individual field at the same event.