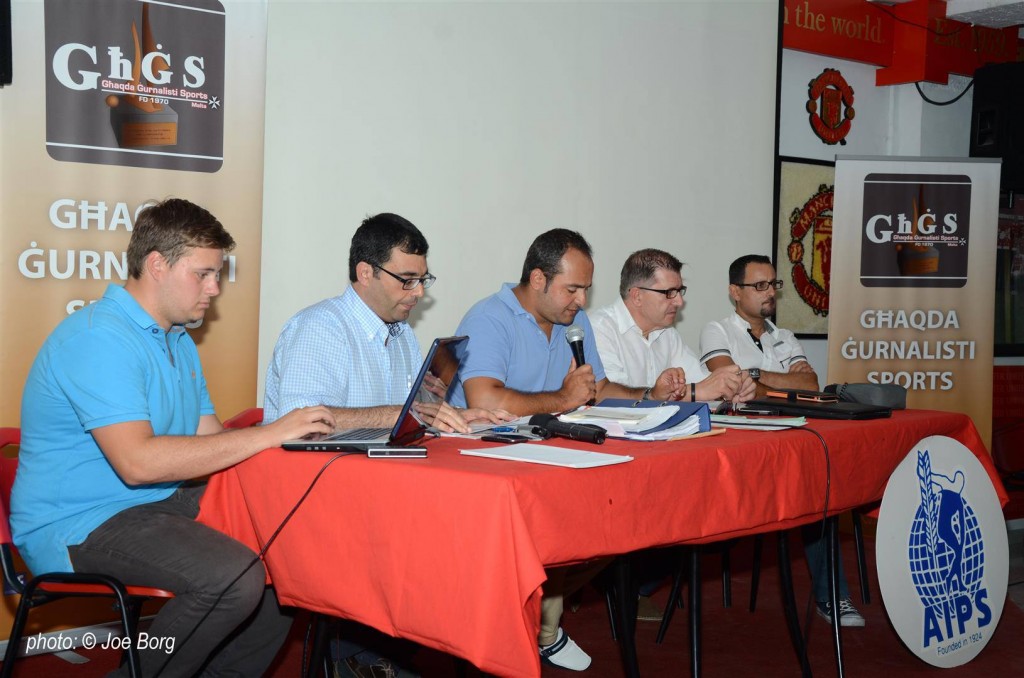 The GħĠS also put forward for the members’ approval, a revised and updated statute which now reflects the changes that have evolved during the past decade in the media industry. Clinton Buhagiar and Sandro Micallef, GħĠS officials, handled the statute’s revision which was last updated in the 90′s.

During his speech, GħĠS President Charles Camenzuli revealed the new GħĠS trophy which will be distributed to the winners during the annual sports awards night – l-Għażliet Sportivi Nazzjonali. This trophy will be an original work of Maltese renowned ceramist Paul Haber.